How to Disable Touch Feature on Kitchen Faucet 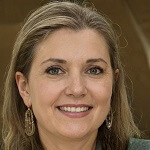 By Gretchen Sunder, 03 Apr 2022
Home Kitchen Fixtures How To Faucets

The kitchen faucet is probably the most essential device in a household. The entire family uses it on a daily basis for cooking or even washing dishes, making it a key element in every home. But whenever you're cleaning the faucet or maybe doing some repairs, you should ensure the touch feature is disabled.

Over the years, the technology used in most industries has evolved at an amazing rate. And to our surprise, this technology can also be incorporated into kitchen fixtures such as faucets. Most of the top manufacturing industries nowadays manufacture kitchen faucets with at least a touch or touchless feature for a smooth operation.

Despite how complex these technologies can be or how many devices you have in your house, the kitchen has always remained the heart of the house primarily due to its effectiveness. Faucets designed with touch features are among the big technical advancements that laid the foundation for creative home designs.

Kitchen faucets with touch features are also ideal for disabled persons or the elderly when accessing water. Nonetheless, some don't like using the touch feature. If you're among the group and don't know how to disable the touch feature on a faucet, keep reading our guide to find out how.

Difference Between a Touch and Touchless Kitchen faucet?

Kitchen faucets are typically produced in two forms which are often confusing; touch and touchless. Since most owners are often confused by the two forms, we will kick off by expounding on the differences. Just as the name suggests: a touchless faucet doesn’t require direct contact with the tap. But this feature comes at a cost since they are designed with sensors for detecting sound, motion, and heat.

On the other hand, faucets with the touch design require direct contact with the tap. But the particular design of your faucet and functionality will depend on the manufacturer. For instance, some of the faucets with a touch design work quite similar to touch screen devices, while some designs can be more complicated. What's more, they usually are more affordable than their counterparts (touchless faucets) but slightly more expensive than the standard model.

Regardless of the differences, the procedure used to turn off the motion sensors on both designs is usually similar. So, even if you own a touchless device, you might find our guide to provide the answers you're looking for.

Disabling the Touch Feature on a Kitchen Faucet?

Disabling the sensors on a faucet is easy, though the process differs according to the model. Since Moen, Delta and Kohler are the most popular and common to homeowners; we will check out ways and procedures to disable the touch features on all three models.

Turning off the touch feature on a Moen kitchen

Disabling the touch feature on a Moen kitchen faucet is relatively easy. This procedure is ideal mainly for Moen MotionSense Dual Sensor-Hands Free faucets. The best part about this faucet is that it can be turned off without any tool; all that is required is your hands to get the job done.

First, you turn on the faucet using a handle, which will be slightly pulled out from the faucet, then place your hands on the sensors for at least five seconds. Once through, a blue light will blink, meaning the sensor is deactivated.

To switch them back on, repeat the same steps. The lights should then blink, meaning the sensors are activated.

Turning off the touch feature on a Delta kitchen faucet

The process involved in disabling the touch feature on a Delta kitchen faucet is somewhat more complex than the typical Moen faucet. To bypass the solenoid, start by removing the batteries then take off the space clips from the valve.

Kohler kitchen faucets have a relatively simpler process for turning off the motion sensors. But this differs according to the model. Many models are disabled by enabling the override feature located on the valve box.

Alternatively, you may find a slit switch on the valve box. You will turn the switch counterclockwise using a coin to disable the sensors.

Other Kohler faucets are rather different, so the process should differ. As usual, you will locate the valve box, which will be beneath the sink. Reach for the manual override feature which will be on the solenoid valve and turn it to the right to disable the sensors.

The number one question many of us usually ask is, "why would I want to disable the motion sensors?" Well, there are many answers to this question; for instance, you want to avoid it being turned on by children every time, or maybe you want to clean the faucet. Or perhaps you're fixing a leaky handle and don’t want water running down as you work on repairs.

Although every model has clear procedures for disabling the touch feature, many don’t communicate that well. There are a few alternate ways for disabling the sensors. If you don't own any of the faucets mentioned above or you haven't yet figured out how to; you may try these processes:

You might expect the process to be somewhat complex, but this is the simplest and basic way to disabling the sensors. However, this process only applies to faucets that operate on batteries.

Check beneath the sink to locate the battery pack and take off the batteries. It’s just that simple.

If your faucet is using power directly from the main source, the battery process won’t be much help. If that's the case, you need to plug it out from the power. These models use a slight amount of electricity, so you shouldn't encounter any problems when unplugging it.

When disabling the touch feature, you’ll only turn the switch. The switch will either cut the power to the motion sensors or the solenoid. Most brands like Moen, design their faucets with this feature. In other faucets, the switch might be in the form of a screw; the screw is usually tightened to turn off the touch feature, while in some, there's a slit switch located which is turned using a coin.

Can a Touchless Faucet Work Manually?

Both the touch and touchless faucet can operate manually. Generally, there will always be a way to bypass the mechanism. The most popular method is placing both hands on the sensors and tinkering with the valve box; it will vary on the type of faucet.

Nonetheless, most faucets come with a manual sensor override feature which allows you to operate them manually in case of blackouts or power outages.

Why Do People Prefer Using a Faucet Manually?

A manual faucet offers a more convenient way of cleaning the sink, and it doesn't consume a lot of water. When you turn on the faucet, it will waste a considerable amount of water when it drips on the spout.

This design is more dependable since it doesn't need additional parts such as springs and other smaller parts, which will eventually begin to fail with time. Additionally, they are easier to clean. With a single wipe, you can remove all leftover particles or other substances that cling to the sink's surface.

Are Touch-Tech faucets Worth It?

Its hard escaping the thought of having a touchless kitchen faucet. One thing for sure is they’re cool since their sensors give off some sort of advanced, smart tech design. In addition, they make everything 100 times cleaner. In point of fact, they are more useful than many designs.

That indeed is a great length for such a simple guide. That is why we've designed the headings in a simple manner for easier navigation. Nevertheless, if you’ve come this far, you’ve already noted.

Finally, I'd like to congratulate you on your resourcefulness. Deciding to solve a problem on your own deserves a clap. We hope we've highlighted all the necessary information to help you out. Do not hesitate to reach us for further inquiries or comments. 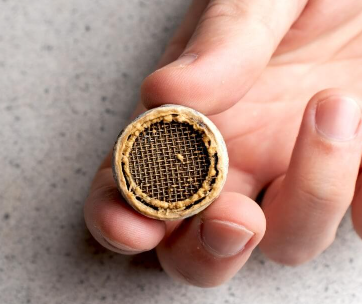 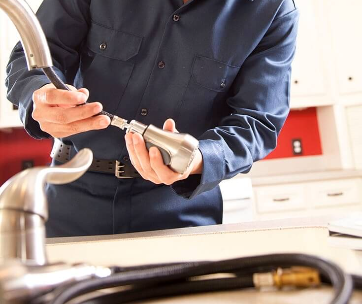 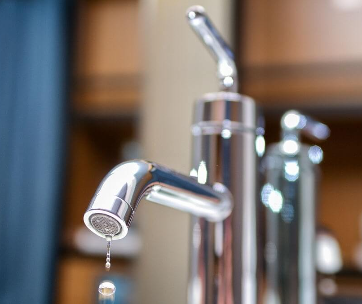 # Faucets How To Fix a Leaking Kitchen Faucet see more 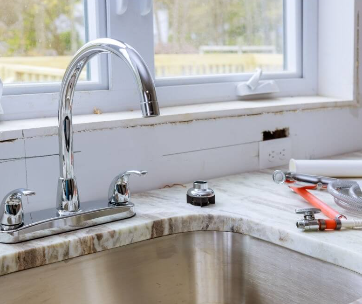 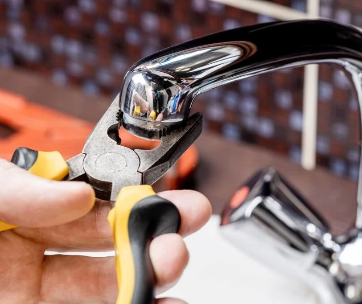 # Faucets How To Remove and Replace a Faucet Aerator see more 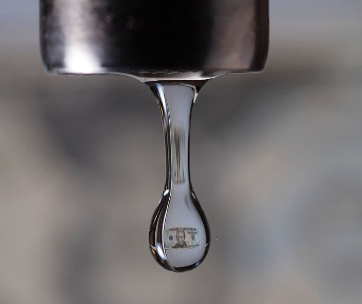 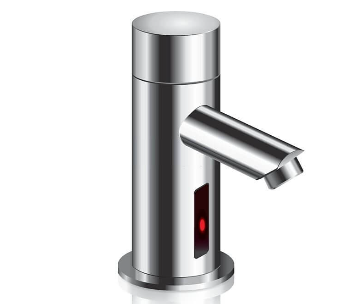 # Faucets How to Replace Batteries in a Touchless Faucet see more
The Best Advice, Comparisons & Gear Reviews Straight to your inbox